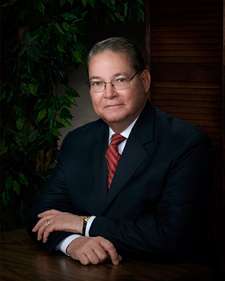 Gary W. Roberts, Esq. is the President of Gary Roberts & Associates. For over 35 years, he has litigated cases, primarily involving catastrophic injury and death, throughout Florida and nationwide. Mr. Roberts is a Board Certified Civil Trial Lawyer and has been recognized by Martindale-Hubbell with an AV rating (the highest rating available). He is admitted in a number of Federal Courts, including the United States Supreme Court, and he has argued many cases of significant importance. His commitment to trial advocacy on behalf of Florida citizens has been shown through his participation in a number of Professional Associations, including The Florida Justice Association, in which he was a member of the Board of Directors; The American Justice Association; The Palm Beach County Bar Association; and the American Board of Trial Advocates. Mr. Roberts was a founding fellow of the Southern Trial Lawyers Association, in which he still participates. Mr. Roberts writes and lectures extensively about civil trial practice, personal injury, and wrongful death.

He graduated from the University of Georgia in 1968 and fulfilled his military service with the U.S. Army as a First Lieutenant of the United States Army Security Agency, later being promoted to Captain of Military Intelligence. He attended Stetson University College of Law and graduated in 1973.