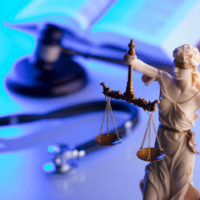 A newborn baby in Florida suffered serious brain damage and other trauma after a failed breech delivery by a midwife. Brenden Fisher was born with an Apgar score of zero and suffered severe swelling in his brain due to a series of mistakes made by the mother’s midwife, Jordan Shockley. According to the report the mother, Paris Fisher, checked into the Rosemary Birthing Home in late January with no idea that her baby was in breech position. The midwife failed to check the baby’s position before breaking the mother’s water. This was only one of many mistakes made during the delivery of the child.

According to midwife Shockley’s notes, she immediately told the mother that she needed to be transferred to the hospital and called 911 but the mother refused initially. Her notes then say that she made the call to 911 and made a request for an emergency transfer to the hospital. However, these notes contradict the story of the mother and the transcript of the 911 call. The mother claims that after her water was broken she agreed to go to the hospital, but the midwife called someone else before making the call to 911. On the call with emergency responders, her tone was calm and she insisted that the mother and baby were stable. 911 dispatchers told the midwife to hold off on attempting to deliver the baby, but the mother reported that Shockley told her to push.

When EMS arrived, they also told Shockley not to try and deliver the baby, but she continued to tell the mother to push. Shockley delivered the arms and legs of the baby, but the head was stuck in the birth canal. Florida law prohibits midwives from participating in medical deliveries, yet Shockley got into the ambulance and continued to try and assist in the delivery of the child. While en route to the hospital, paramedics noticed that the umbilical cord stopped pulsing, and they began chest compressions on the baby. Once at the hospital, doctors performed an emergency episiotomy to remove the baby from its lodged position in the public bone. By the time doctors removed the baby, he was limp and unresponsive.

The baby was in heart and respiratory failure, with an Apgar score of zero. After rescue efforts to restart critical life functions, his score improved to a three. The baby was placed on life support with severe swelling of the brain, and tests show no brain activity. Despite all of this, the midwife maintains no responsibility for the trauma inflicted on the mother and the child. In addition to mistakes made during delivery, medical records show a number of other mistakes made by the midwife during pregnancy, including altering the baby’s due date by nine days and failing to examine the mother to determine fetal position.

Did you or your child suffer injuries during pregnancy and birth? If so, you might have a claim for medical malpractice injuries. Call the office or contact us today at Gary Roberts & Associates to speak with an experienced West Palm Beach medical malpractice attorney today.