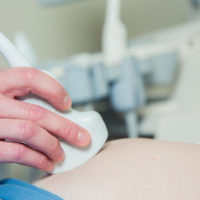 Last month, a jury in Broward County awarded the family of a medical malpractice victim who died after childbirth $24.5 million. Lilia Torres was from Fort Lauderdale and lived with her husband, Rodolfo Vargas Chavez, and their three children when she died at 34 years old after delivering her fourth child, Lillian Deyalaza Vargas, in July 2015. The jury in Florida’s 17th Circuit deliberated for only two hours in a damages-only medical malpractice trial before announcing the monetary amounts to be paid to Lilia’s husband and four surviving children.

According to the court record, Torres was scheduled to have her fourth child via cesarean section at 10:00 a.m. on July 21, 2015 but the procedure was not performed until after midnight on July 22. The doctors named in the case, Dr. Adolfo Gonzalez-Garcia, Dr. Jorge Gallo, Dr. Julio Coello and Dr. Kei Nakanishi and Phoenix Obstetrics Gynecology, were negligent in their performance of her C-section and conceded that point in the damages trial. She had the baby at Broward General Hospital and bled to death after the procedure.

The jury awarded Torres’ husband $3.675 million as well as $4.9 million apiece to the three older children, Karla, Octavio, and Estrella. They had previously been awarded only $1 million each. The youngest child, Lillian, was awarded $6.125 million by the jury for, along with her three older siblings, the loss of parental companionship, instruction, and guidance as well as pain and suffering as a result of their mother’s injury and death.

Some of the most common examples of pregnancy and childbirth medical malpractice include negligently failing to control maternal blood loss post-delivery, failing to monitor the baby’s oxygen intake pre- and post-delivery, injuries to the infant through the negligent use of forceps or vacuums, and failing to diagnose medical conditions during pregnancy such as gestational diabetes or high blood pressure. Wrongful birth medical malpractice includes failure to inform parents about the child’s impending birth defects that, if they would have known, would terminate the pregnancy. Wrongful pregnancy include attempts to avoid pregnancy, either through abortion, sterilization, and pregnancy testing, that failed due to the negligence of medical staff. Victims of pregnancy and childbirth-related medical malpractice are entitled to significant compensation for the harm suffered during this time.

If you or a loved one has suffered pregnancy or childbirth medical malpractice in Florida the clock is ticking on your claims. Call or contact West Palm Beach medical malpractice attorneys at the law office of Gary Roberts & Associates today to schedule an appointment to discuss your case.