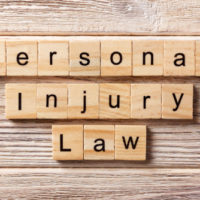 Last week, the Florida Senate unanimously supported the passage of a bill that would allow teams of experts to review the death of an elderly person when abuse or neglect is suspected and to propose policy changes to avoid future deaths. The bill, Senate Bill 452, passed without debate and is sponsored by Sen. Audrey Gibson. The proposed law did not receive any serious pushback from legislators in any previous committee stops, either, in this legislative session. A companion bill was proposed in the state House of Representatives but stalled in discussion.

According to the bill, these new elder death review teams would look for any gaps in services or deficiencies that they believe the Florida legislature and governor should be aware of. Elder advocates in Florida have said that establishing elder death review teams could cut down on the number of nursing home elder abuse and neglect cases around the state. They cited a recent investigative report by Florida media that looked at 54 nursing home deaths in which state investigators cited neglect and mistreatment as factors between 2013 and 2017. The investigation found that the state’s Agency for Health Care Administration rarely took action and in many cases did not investigate the deaths at all.

The new Florida bill would allow, but not mandate, the creation of elder death review teams in each of the twenty state judicial circuits. The teams would review cases within their circuit where nursing home abuse or neglect is suspected, found to be related to, or the direct cause of the elderly person’s death. The elder death review teams would then identify problems or gaps in service, recommend solutions, and author annual summaries of their findings. Advocates for elders in Florida hope that this will help state authorities take action against poor performing nursing homes, as dozens of nursing homes around the state have been allowed to continue to operate despite substandard care, abuse, neglect, and even killing elderly patients in their care.

If passed, the new law would limit the review of cases to those which are closed and to deaths where abuse and neglect has been verified by a state’s attorney. This has the potential of creating a roadblock to probe other nursing home deaths in Florida where abuse or neglect is suspected but not proven. The elder death review teams would be comprised of volunteers from a number of different professions, including attorneys, police officers, medical examiners, nurses, and members of the state’s Long-Term Care Ombudsmen program. No other program currently exists for review of an elderly or vulnerable adult’s death in Florida, even when it occurs under suspicious circumstances.

Talk to an Attorney Today

Nursing home neglect can lead to significant injuries and death of a loved one in Florida. If you suspect that your elderly family member has suffered nursing home abuse, call or contact the West Palm Beach personal injury attorneys at the office of Gary Roberts & Associates now to schedule a free consultation of your claims today.