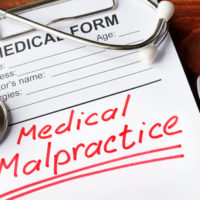 A local family from Port Lucie is fighting to change a little known state law that they say is barring them from filing a medical malpractice claim against a hospital for their son’s death. Trevor Snyder, 32, was in a motorcycle accident in North Florida in January. He hit s deep pothole in the road that knocked the handlebars out of his hands, and in order to avoid hitting a friend on another motorcycle he swerved, put his leg down, and crashed the bike. Trevor broke his leg and taken to a hospital in the Florida panhandle.

His family did not find out about the accident for a couple of days because Trevor did not want them worrying about an injury he did not believe was life threatening. His sister talked to him over the phone and he sounded fine. Then overnight, something changed, and Trevor had died. His family immediately wondered about the level of care he had received at this hospital because his sister was told by Trevor that he needed surgery for his leg but it kept getting delayed. He was also not put on a monitor of any kind. Another inconsistency is his medical records, which state that his vitals were fine about an hour before he died.

Trevor’s family wished to bring a medical malpractice and wrongful death lawsuit against the hospital where Trevor died, but a law on the books in Florida makes it impossible for the family to do so. Florida statute 768.21 prevents the loved ones of a person above the age of 25 years old, without a spouse or children, to sue for medical malpractice on behalf of the victim. An entire class of citizen in Florida is barred from receiving compensation for medical malpractice claims if a doctor or hospital kills them in negligence simply because they are unwed and childless.

In Trevor’s case, he was engaged and his fiancé had a child from a previous relationship that Trevor raised as his own since she was three years old, but they cannot collect any damages for his death. A new bill has been written to abolish the law and allow the family of medical malpractice victims over the age of 25 years old file lawsuits for damages, but there is no guarantee that the bill will be supported by the state government. The writers of the new bill to abolish this law claim that they will continue to push to see the Florida law changed. Proponents of the current law claim that it protects hospitals and doctors from frivolous lawsuits as well as keeps healthcare costs down.

Talk to a Lawyer about Your Legal Options

To learn more about your legal options if you or a loved one is injured by a doctor, surgeon, or hospital talk to an experienced West Palm Beach medical malpractice attorney at Gary Roberts & Associates today. Call or contact us to schedule a free consultation of your case.